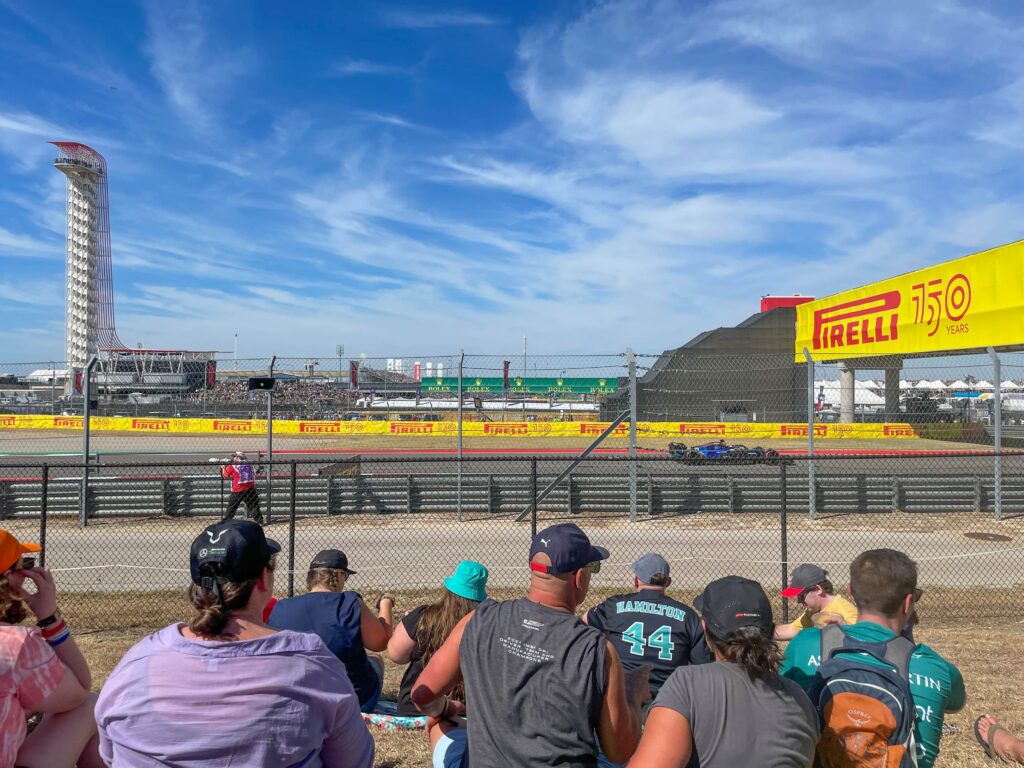 On Oct. 23, the United States Grand Prix kicked off for the 10th consecutive year at the Circuit of the Americas just outside of Austin, Texas.

The actual race was similar to most other races this season, with Max Verstappen speeding off into the distance but featured an exciting end. After a late safety car, Lewis Hamilton got the lead of the race after the second set of pit stops due to an extremely slow stop from Red Bull on Verstappen. This put Verstappen third on track, behind Charles Leclerc and Hamilton, but with a faster tire. Verstappen quickly moved past Leclerc and with six laps remaining, Verstappen, breezed past Hamilton and ended up winning the race by over five seconds. The action on track was thrilling, but the growth of Formula One in the United States was most notable.

Starting off the weekend, the Williams Formula One team announced Logan Sargeant to join Alexander Albon for the 2023 Formula One season. Sargeant will be the first full-time American driver since 2007, contingent on Sargeant meeting the necessary requirements including an FIA Super License. The announcement of Sargeant might further increase the impressive growth of Formula One in America and bring even more eyes to the sport.

Over the course of the whole weekend, the United States Grand Prix welcomed 440,000 fans, which is the most fans to ever attend a U.S. Grand Prix weekend.

The United States Grand Prix attracted a lot of eyes for Formula One, but this growth is only the beginning. On the 2023 Formula One calendar, there are three races that are scheduled to be in the United States: Miami, Austin and Las Vegas.

Alongside more races being awarded to the United States, Formula One as a whole is trying to break more into the mainstream. A Formula One movie starring Brad Pitt is in the process of being made, with Lewis Hamilton helping to produce it. Pitt, in order to gain a greater understanding of the sport, was seen on both the pit lane as well as the starting grid prior to the race starting. Pharrell Williams, Will Arnett and other celebrities were seen walking around the paddock, further pushing the sport into the U.S. mainstream.