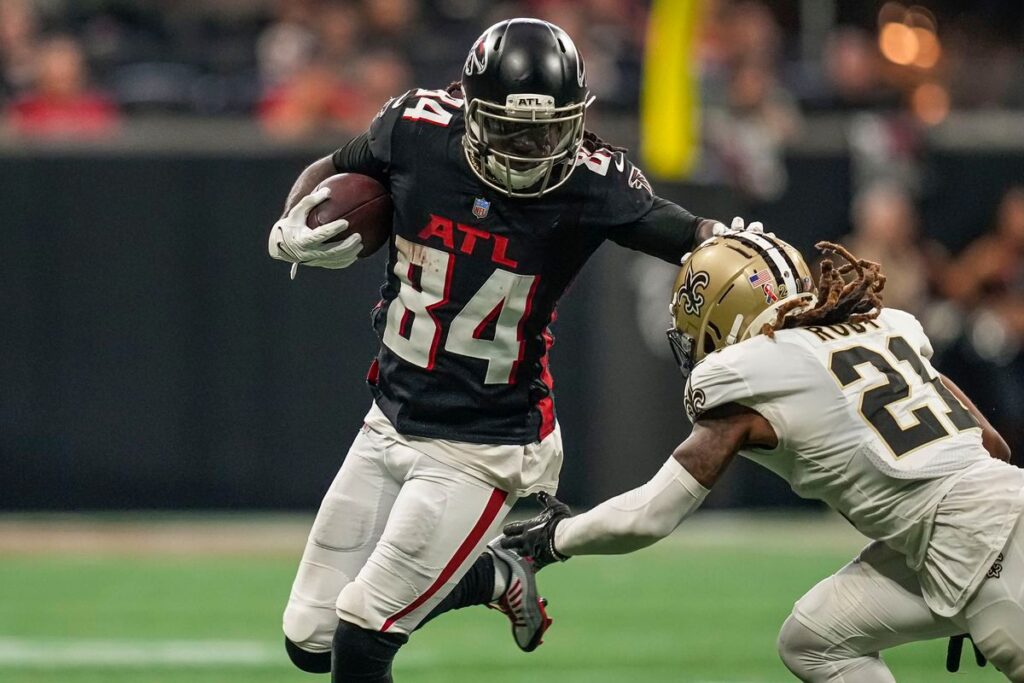 The Atlanta Falcons opened their season on Sept. 11 with a home game against NFC South division rivals, the New Orleans Saints. This was the first real opportunity for Falcons fans to see the major roster changes made in the offseason.

The Falcons, now led by former Heisman-winning quarterback Marcus Mariota, got on the board first with a 54-yard field goal from Younghoe Koo to cap off the Falcons opening drive. The Saints were able to respond a few drives later after running the same play, a Taysom Hill quarterback run, twice in a row to score a touchdown and take the 7-3 lead.

In the second quarter the Falcons responded with a touchdown of their own. Veteran running back and second-year Falcon, Cordarrelle Patterson, put the team on his back the whole drive and then was rewarded with a five-yard touchdown to cap it off. Koo helped extend the Atlanta lead by making two more field goals on the final two drives of the half, making the score 16-7.

The Atlanta defense, consisting of nine new starters, continued to hold strong in the third quarter as the only score from the Saints was a Wil Lutz field goal. The Falcons continued to move the ball on the Saints and the Falcons extended their lead further when Mariota, a running threat, ran into the endzone for a touchdown to give Atlanta a 23-10 lead going into the fourth quarter.

On the first drive of the fourth quarter, Atlanta was able to get on the board again with another Koo field goal, making their lead 16 points with 12:41 remaining in the game. From this point on the Saints began to rally. The Falcons offense was shut down and New Orleans quarterback Jameis Winston was able to bring the game back within two points after throwing two touchdowns to wide receiver Michael Thomas.

The Falcons tried to waste the remainder of the clock and were faced with a fourth and one with a minute left inside Saints territory. A first down would have won the game, but Falcons head coach Arthur Smith opted to play it safe and try to pin the Saints deep with a punt. Instead, the Falcons committed two penalties on consecutive plays and gave the Saints the ball on the New Orleans 20-yard line. The Saints marched into field goal range with ease and Lutz made a field goal with 19 seconds left that put the Saints up 27-26.

The Falcons were able to set Koo up for a 63-yard game winning field goal attempt after a string of good plays and Saint penalties, but the kick was blocked and the Falcons continued their theme of falling apart in the fourth quarter. The Falcons had more yards, more first downs and more time of possession than the Saints and had a 97% chance to win the game at one point during the contest, but were held back by turnovers which allowed New Orleans back into the game.

The Falcons showed promise and improvement from last season throughout the game even though they lost. Mariota played well and showed he can be a respectable starter for Atlanta, and wide receiver Drake London, the Falcons first round pick, was also impressive. The Falcons defense looked strong for three quarters as well. Overall, the Falcons looked decent while disappointing their fans yet again with another blown lead. If Atlanta can learn how to close out a game that they are winning, they may be a dark horse team to sneak into the playoffs.