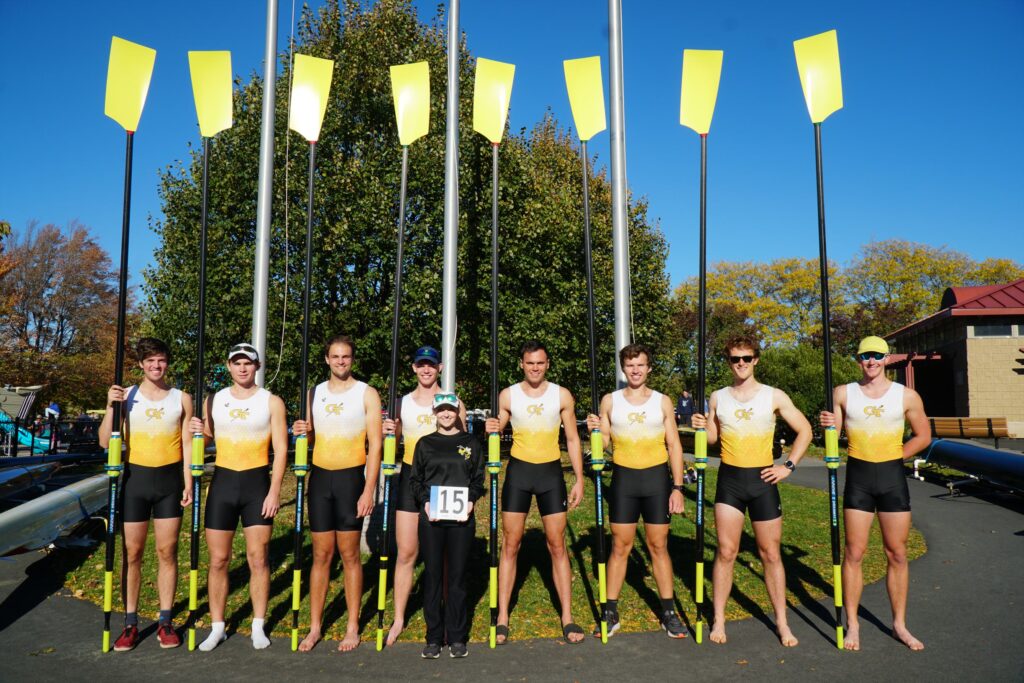 Georgia Tech Rowing is one of the oldest club sports on campus, being founded in 1985, with a rich tradition in both athletic excellence alongside creating an atmosphere that fosters both a familial environment as well as breeding a winning culture. The Technique was able to sit down with Public Relations coordinator Karthik Krishnan, a second year Computer Science student, and President Ryan Giametti, a fourth year Mechanical Engineering student, to both discuss the team’s culture as well as results.

Rowing is one of the more niche sports that is offered here at Georgia Tech with many people never even knowing of its existence, meaning that the rowing team as a whole have had to have a more aggressive way of recruiting people, as explained by Giametti, who said, “I had no rowing experience in high school…As a freshman, someone spots me and says ‘Hey, you’re tall. Looks like you’d be good at rowing.’ And that really boosted my ego a little bit.”

The unique recruiting spiel regarding height makes people believe that they are special. This was explained best by Krishnan, who said, “I have this one thing that makes me an outlier, and it might actually be advantageous in this sport.”

Once people join the team, they are then embraced as one big family that cares and looks after each other. When asked to describe the team in one word or phrase, there was one main theme: togetherness. Giametti commented, “It would be along the lines of the collective is greater than each individual… the whole idea that all of us bring our own individual talents and strengths. But in the end, we’re producing a product that is much greater than any of us.” Krishnan added, “It’s been like an instant family.”

The feeling of togetherness and family goes far beyond the time when you are participating on the team. The rowing club alumni are more active on campus, with many coming back to take positions on the coaching staff when new head coach Emily
Maxwell took over in August 2021.

On Maxwell, Giometti said, “We’ve been building a bigger coaching staff under her. Our novice women’s coach, novice men’s coach, potential novice women’s assistant coach and our coxswain coach all rowed for Georgia Tech and have a good idea of what this program is and are able to easily relate to what everyone is going through — both being a student at Tech and a rower for this program.”

The involvement of the new coaches would not be possible without the work of their new head coach. As a former collegiate rower at nearby Georgia State, Maxwell has brought a lot of rowing experience as well as bringing a lot more to the program as described by Giometti.

“She’s just phenomenal in the direction that she’s been taking the club and the amount of experience she brings to the table… She’s brought in a lot of other minds and connections to the team.”, said Giometti. “We’re looking into getting some sponsorships and we’re working with a couple of boat manufacturers who are going to lend us boats for the semester in exchange for honest feedback because of the connections that she’s brought.”

It is clear that the culture of the rowing team is top notch and the familial environment has in turn brought success in the water. In the Southeastern Intercollegiate Rowing Association (SIRA) championships, the women’s varsity 4s boat of coxswain Emily Buchanan and rowers Sarah Nastasi, Annamarie Eustice, Madeline Schoeff and Kendal Seefried performed exceptionally well by beating their competition by over 15 seconds in a two-km race. Tech’s rowing team performs quite well and is competitive all across the board. Giometti cites one race in particular, saying, “We went up to Dad Vail and ended up beating a lot of scholarship athletes. Very fun, very fun to do.”

Overall, Tech Rowing is a team that values the relationships that they form with each other while participating in one of the more physically exertive sports.

Giometti summed up the team, saying “We’re the best, in the least self centered way possible. I’ll say we’re the best.”

If Georgia Tech Rowing interests you, you can go to as many practices that you want until Sept. 24 in a trial period. After that period, you will then be able to commit to the team and pay dues. If you have any questions or general interest, you can contact the rowing team on their website gtcrew.com.