The first week of the 2022 NFL season isn’t even over yet and the narrative surrounding the Falcons already seems to be taking shape. Atlanta’s inability to put opponents away, even with big leads late in games, continues to creep up no matter who the players or coaches are.

This was the case on Sunday when the Falcons held a 26-10 lead in the fourth quarter before allowing 17-straight points to the Saints and losing 27-26. After the game, head coach Arthur Smith wasn’t concerned about media narratives surrounding the team.

“Same peripheral opponent that thought we wouldn’t get a yard, get a point, same ones that write old narratives,” Smith said referring to perceived negative perception from the media. “That’s not us, it didn’t go the way we wanted, blame me and we will get better from this.”

Smith went on to explain why he doesn’t worry about outside perception.

“These are the same guys [reporters], the same team that wrote our obituary back in May, and will continue to write our obituary, who cares? We got 16 games, and if they don’t learn from and get better, we’ll watch the tape and learn from this and move on to the Rams.”

This Falcons regime does have a history of clashing with local media as Dean Pees expressed similar frustrations last season on multiple occasions. It’s understandable that Smith is frustrated after a heartbreaking loss at home in front of the home fans.

The game could have been secured with a first-down conversion late in the fourth quarter, but there was a fumbled snap and the play went backwards at the worst possible time.

“The play never developed,” Smith said of the fumbled snap. “A quarterback-center exchange, under center, so, it happened. Obviously we would love to have that back but it is what it is.”

Falcons lose to Saints: Positives and negatives from Week 1

Falcons vs. Saints: Takeaways from Week 1

Positives and negatives from Falcons’ Week 1 loss to Saints 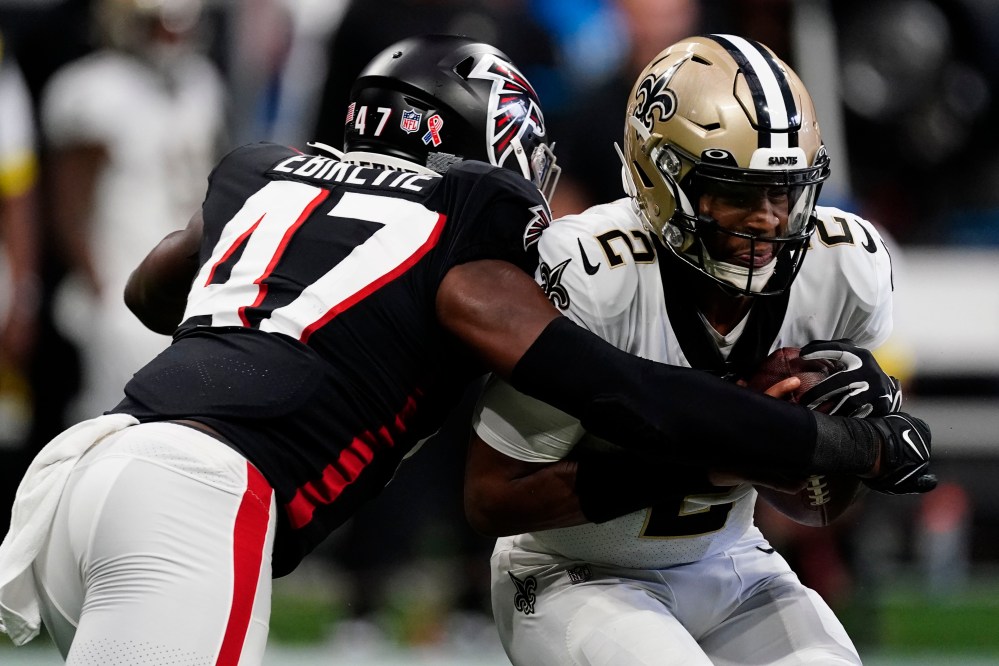