The Falcons used their top pick in this year’s draft to address a problem area from a season ago. By taking USC wide receiver Drake London, the team added another tall pass-catching threat to counter Kyle Pitts’ interior presence.

London had a 24-yard catch on the first drive of the preseason, but he injured his knee on the play and didn’t return until Week 1 of the regular season. During London’s first NFL game against the Saints, he had five receptions on seven targets for 74 receiving yards.

Pro Football Focus gave London a grade of 71.5, which ranked him 13th among all first-round picks in the 2022 NFL draft in Week 1.

“London really is tailor-made for Arthur Smith’s offense. His ability to separate at the intermediate level and provide a big window for his quarterback to hit was already on display in Week 1. He hauled in five of seven targets for 74 yards in his debut.”

London’s 74 yards led all Falcons pass-catchers in Week 1. Both London and Kyle Pitts were targeted seven times, but Pitts finished with just two catches for 19 yards.

Atlanta will need both weapons to play their best in order to beat the Los Angeles Rams on Sunday. 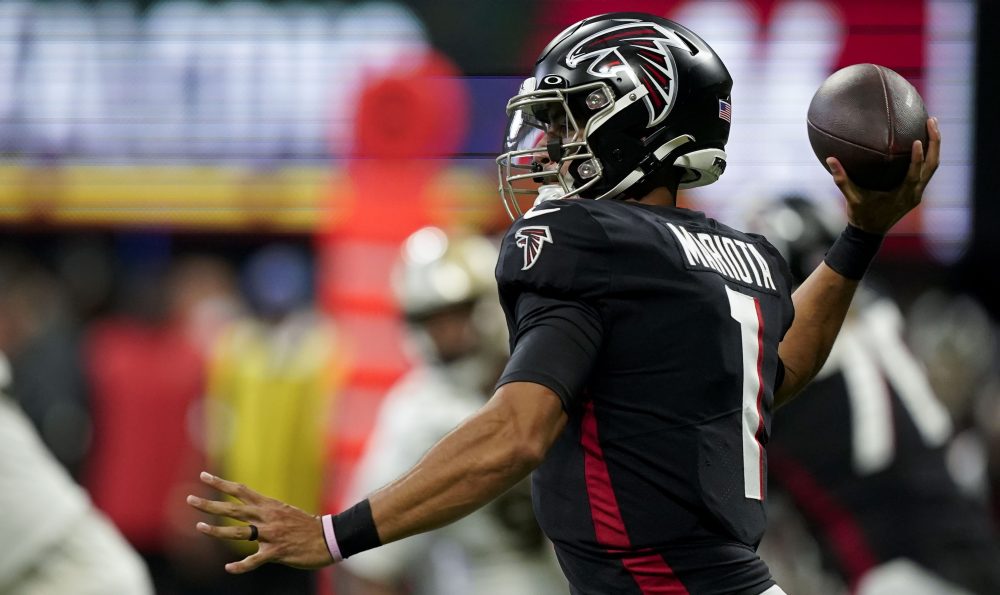