Fans looking to find a bright spot in the Falcons’ 0-2 start should look to rookie Drake London, the team’s first-round pick and leading receiver after two weeks.

London finished Week 2 with eight catches for 86 yards and one touchdown. The former USC star also caught a two-point conversion in the fourth quarter which helped keep the Falcons alive during their failed comeback bid against the Rams.

As we examined on Monday, London has the team’s highest overall Pro Football Focus grade through two games — with an offensive rating of 80. London also earned PFF’s highest rookie receiving grade in Week 2, as you can see below.

London leads all Falcons receivers in catches (13), receiving yards (160), targets (19) and first downs (8) after two weeks. The rookie is doing especially well if you consider he missed a large chunk of training camp and played less than a quarter during the preseason.

Help London win the NFL’s Rookie of the Week by casting your vote below.

Who should be the @pepsi Rookie of the Week?

Highlights from the Falcons’ Week 2 matchup vs. the Rams 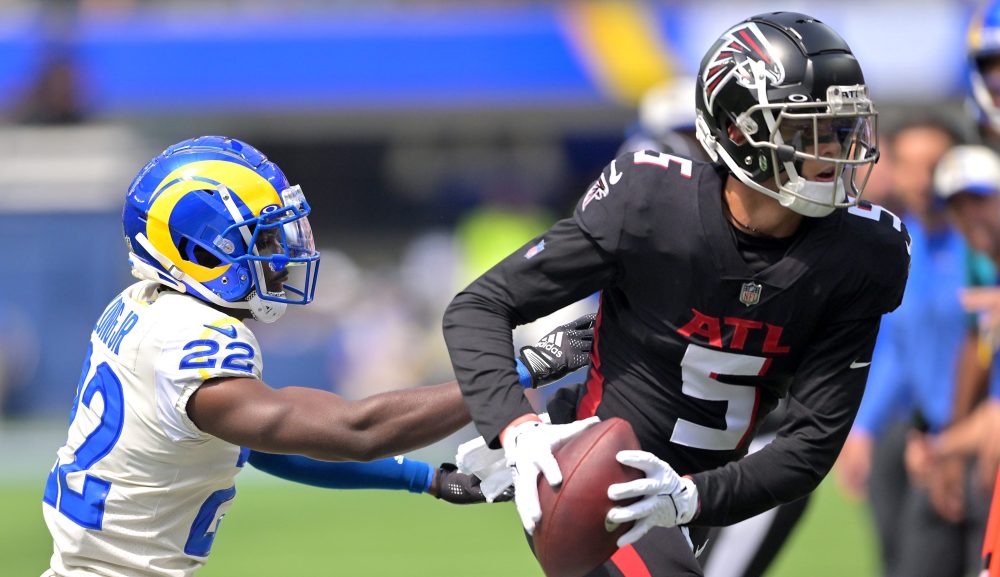