Despite multiple opportunities, the Atlanta Falcons have not been able to secure a winning record this season. In fact, the last time the team went above the .500 mark was all the way back in 2017.

Sunday’s 20-17 loss to the Chargers dropped the Falcons to 4-5. It was yet another game where the ground attack was firing on all cylinders but the passing attack couldn’t hold its own. This lack of success through the air has fans questioning whether head coach Arthur Smith should look to make a quarterback change.

By looking at QB Marcus Mariota’s Week 9 passing chart, you can get a better idea of the former No. 2 overall pick’s performance. As you can see below, Mariota has struggled to make throws down the field. 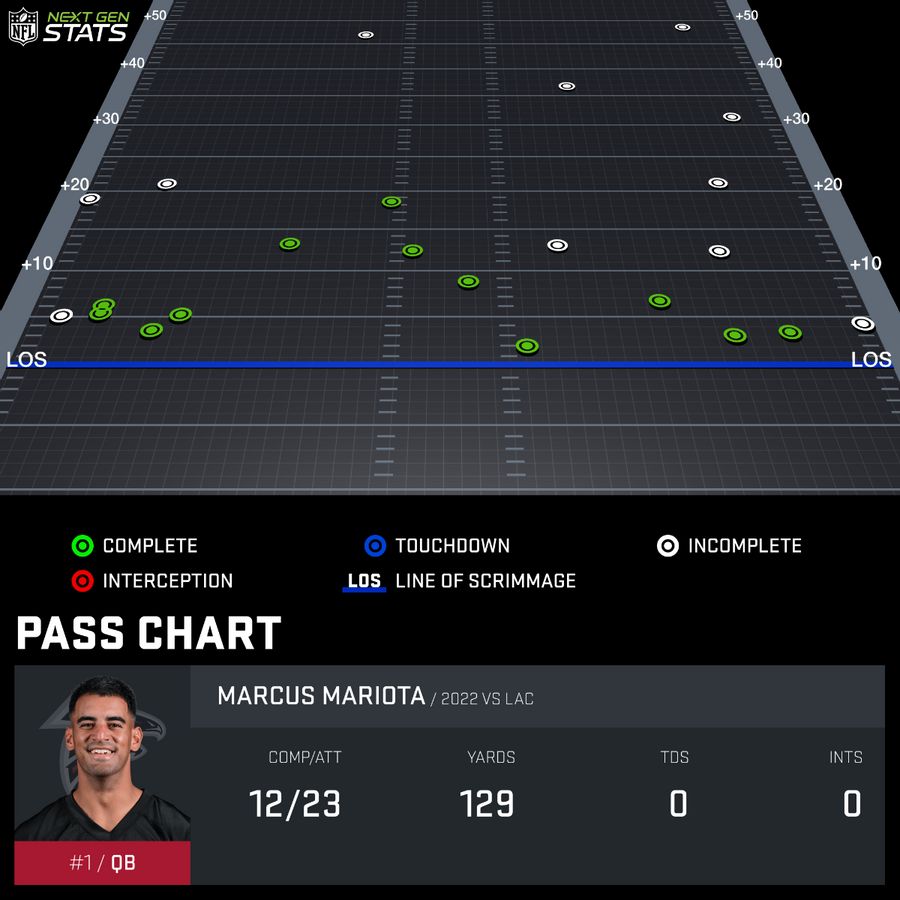 Image via NFL Next Gen Stats

Mariota was nearly perfect when throwing it short, completing 9-of-11 passes of 10 yards or less. However, the Falcons QB has struggled when throwing the ball beyond 15 yards. Mariota went just 1-of-8 on passes of 15 yards or more on Sunday.

This is a problem when you have weapons like Kyle Pitts and Drake London getting open down the field. Atlanta’s dominant ground game should, in theory, open things up for the deep-passing game, but obviously that hasn’t happened.

Mariota finished the 12-of-23 for 129 yards with zero touchdowns or interceptions. It was his fifth game this season with less than 150 passing yards.

While it may not be a good time to make a QB change — since the Falcons have a short week before Thursday’s game against the Panthers — until something changes with this passing attack, the offense will continue to be limited.

Falcons fans react to last-second loss to the Chargers 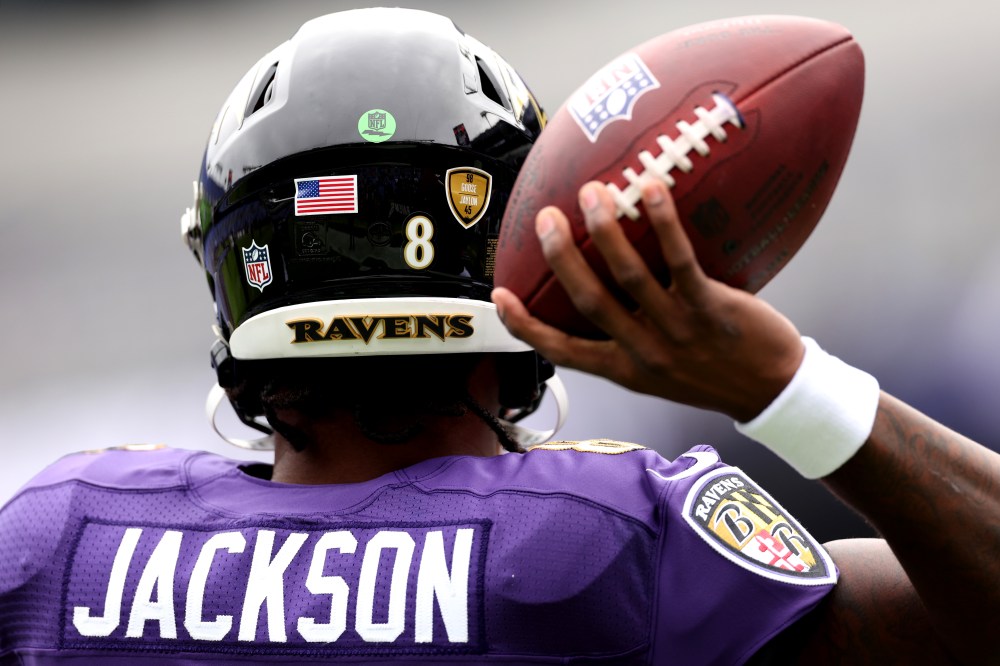