When the Atlanta Falcons released their initial 53-man roster back in August, offensive lineman Jalen Mayfield was left off and placed on the injured reserve list with a back injury instead.

Mayfield started 16 games as a rookie in 2021, but he struggled transitioning to the left guard position after playing primarily at right tackle at Michigan.

The timing works out well for Atlanta as left guard Elijah Wilkinson and backup center Matt Hennessy each landed on injured reserve in recent weeks. If the Falcons activate Mayfield in time for their Week 11 matchup against the Chicago Bears, there’s a chance he gets the start over Colby Gossett.

Currently, the team is playing Mayfield with the second team offense, according to D. Orlando Ledbetter of the Atlanta Journal-Constitution.

#Falcons Jalen Mayfield is working at LG next to C Ryan Neuzil with the second team offense.

Atlanta got another player back on Wednesday. Cornerback A.J. Terrell returned to practice after missing the three previous games with a hamstring injury. Check back this afternoon for the team’s first injury report of Week 11.

Falcons are hopeful CB A.J. Terrell will return this week 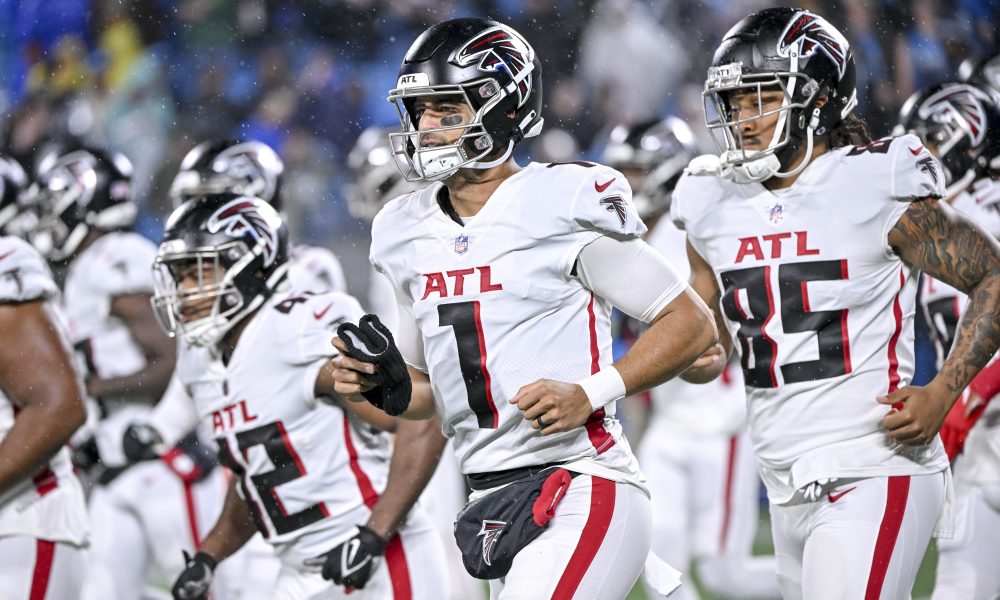