“The skill sets — you watch him play one game and you’re impressed at what he can do, but to me, the great players that I’ve been around in my career were all really good workers and they were all consistent day-to-day,” said Ryan.

“The thing I’ve been most impressed with him, for a young player, he’s very consistent from day-to-day. And that trait, his ability to want to work and want to get better, that’s what has me most excited about him.”

During the offseason, Pitts spent time with Ridley and the pair reportedly worked out together quite a bit. Ridley noted that Atlanta has big plans for Pitts this upcoming season but didn’t want to give away too much info about the specific ways the rookie will be utilized.

“He brings something different,” said Ridley. “He’s got the speed, he’s huge. We can line him up at wideout, we can put him at tight end. We got something special and I don’t want to say too much. We got something good for him, we just got to put it together.”

Pitts was selected No. 4 overall in the 2021 NFL draft and many expect the former Florida Gators playmaker to be a focal point for the Falcons on offense this season. Head coach Arthur Smith loves to employ multiple tight end sets, which team should be able to do effectively with Pitts and Hayden Hurst.

Falcons highlights: Matt Ryan airs it out to Russell Gage 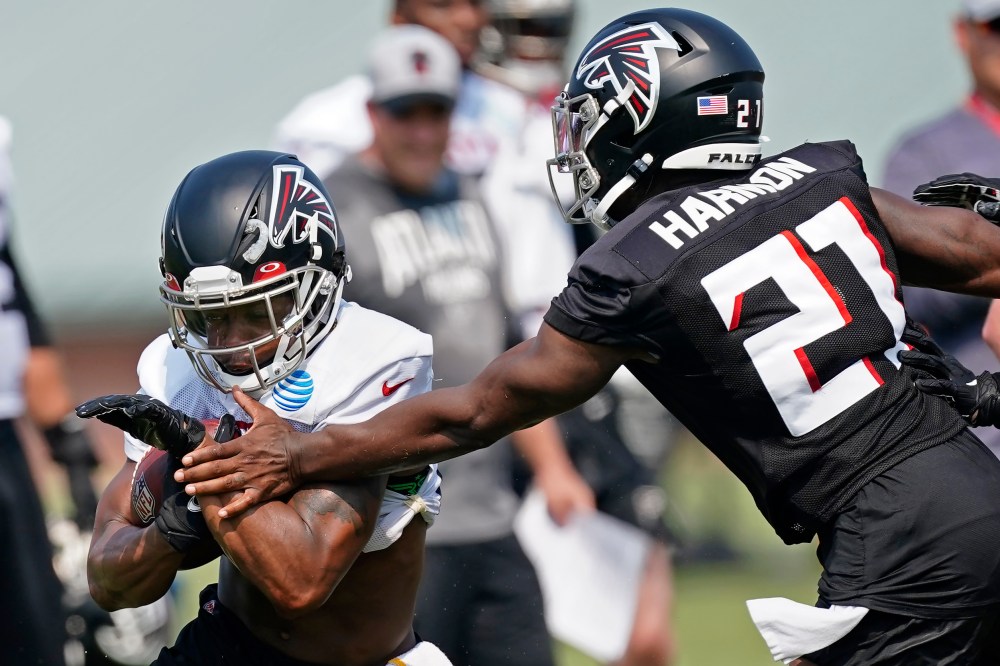