The Falcons were clearly the better team through the first three quarters of their Week 1 matchup against the Saints. Then, right on cue, Atlanta blew a 16-point lead and lost 27-26.

Falcons quarterback Marcus Mariota couldn’t stop the bleeding in the fourth quarter, and the offense came up short in the most critical moments of the game. Following the loss, Mariota talked about the team’s lack of red-zone efficiency.

“The biggest difference was just finishing in the red zone,” said Mariota. “We had multiple opportunities to go in there and score touchdowns and put the game away. We allowed them, as an offense, to stick around and that’s something we have to get back and look at.”

The Falcons converted two of four red-zone possessions against the Saints in Week 1. If you can’t rely on your offense to score touchdowns in this area, then winning football games becomes even harder than it already is. Mariota’s fumble shifted the momentum away from the Falcons and helped spur a Saints comeback.

“I lost track of where I was,” Mariota said.  “I thought I needed a few more for a first down. So, I put my head down, not realizing that I had it.”

Atlanta’s starting QB must have better situational awareness and not go for those extra yards if they’re not needed, but he took responsibility for that play along with the fumbled snap late in the game.

“In this league, if you’re not scoring points in the red zone, you’re leaving the door open,” concluded Mariota.

Falcons lose to Saints: Positives and negatives from Week 1

Falcons vs. Saints: Takeaways from Week 1

Falcons Twitter reacts to Week 1 collapse against the Saints 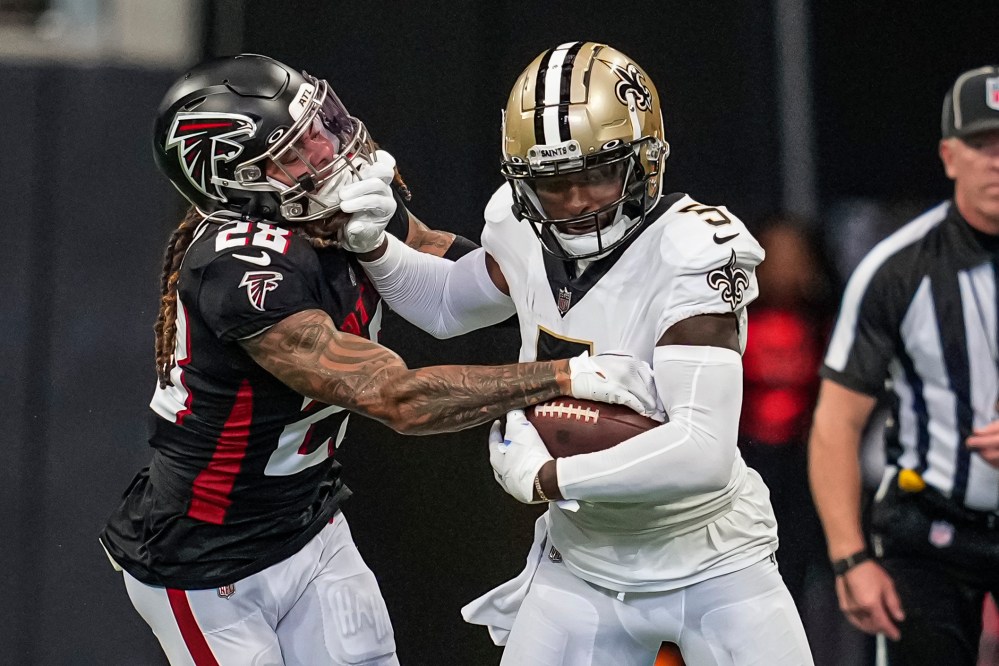