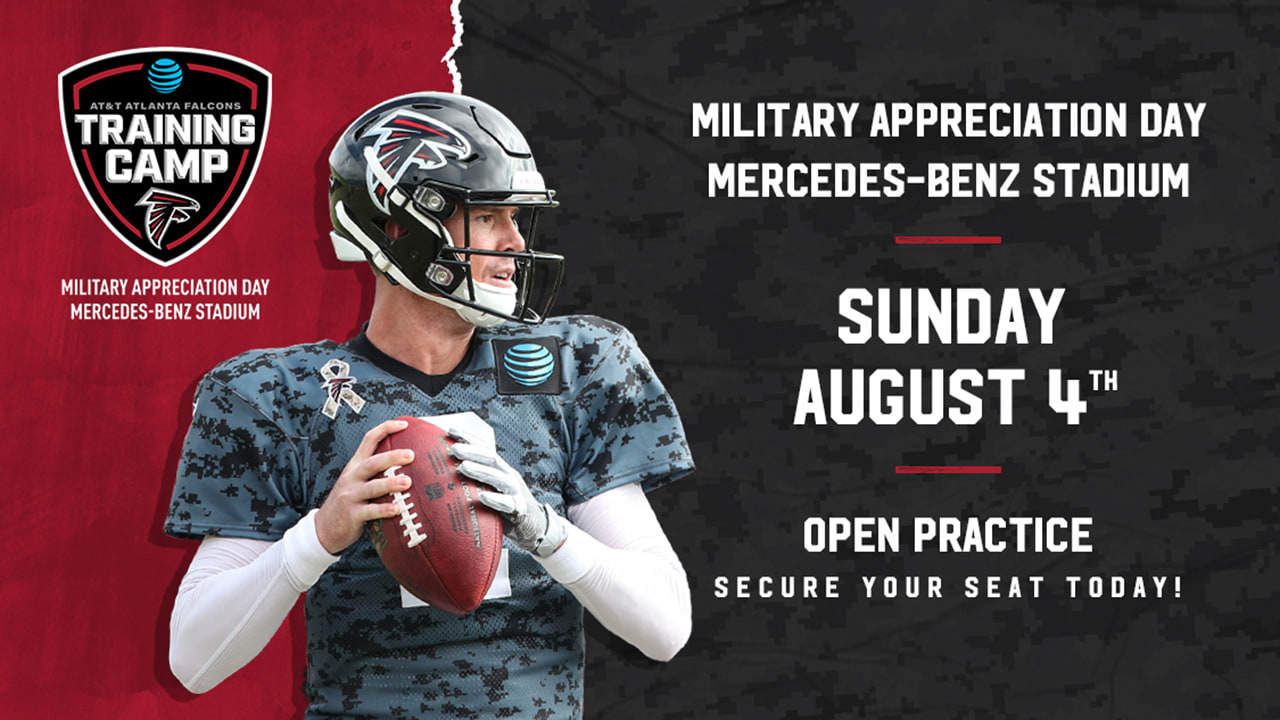 FLOWERY BRANCH, Ga. – The final public practice of AT&T Falcons Training Camp will be held at Mercedes-Benz Stadium on Sunday, Aug. 4, and it will also be the organization’s Military Appreciation Day.

For the fifth year in a row, the team will honor those who have served and are currently serving the country during this special event. Tickets for the event are now available and are $5 per person with all proceeds going to the Veterans Empowerment Organization.

Mercedes-Benz Stadium gates will open at 10 a.m. for the event with training camp practice set to begin at noon.

A special ceremony will be held prior to the start of the practice to dedicate a permanent, unoccupied seat inside Mercedes-Benz Stadium to honor the more than 82,000 American soldiers who were prisoners of war or remain missing in action. The seat will be located in section 122 and remain empty for all events at Mercedes-Benz Stadium in recognition of the sacrifices made by those soldiers.

Under coach Dan Quinn, the Falcons have made a concerted effort to engage with and honor the country’s servicemen and women. Select members of the organization have participated in a USO tour to Iraq, the team has invited members of the military to attend practices and the Falcons have won three consecutive NFL Salute to Service Awards.