The Falcons have officially opened for training camp, wrapping up their first day of practice on Wednesday. As the team prepares for the upcoming NFL season, a number of positions are up for grabs.

While many thought this included the quarterback position following the team’s selection of rookie Desmond Ridder in the third round, it sounds like the Falcons are rolling with Mariota as the starting QB to kick off camp.

Atlanta’s quarterbacks coach, Charles London, told The Athletic’s Josh Kendall that while Mariota will start, the team has a plan for Ridder.

“Obviously, we’ve got a plan for each of them. Marcus is the starter. That’s how we’re going into this thing,” stated Charles London after Day 1 of training camp.

This isn’t a decision that came just after one day of practice. Opening up training camp, and likely the regular season, it was always expected that Mariota would get the nod first and that it was his job to lose. London’s comments simply confirm these assumptions.

This should not be viewed as a slight to Ridder in any way. Rarely do third-round picks start at QB as rookies, and it normally isn’t a recipe for success. Ridder even noted that he has a lot to learn from Mariota.

“It’s not rooting against each other,” said Ridder. “Just making each other better. Marcus has been in Coach Smith’s system before so he knows a lot more. I’m really just trying to learn from him, learn how he goes about learning the game plan, and learn how we do things each and every week.”

While the Falcons’ plan for Ridder will eventually reveal itself, will Arthur Smith be more hesitant to sit Mariota if he shows signs of regression? He benched Mariota when they were in Tennessee together, but that was in favor of an NFL veteran, not a rookie quarterback.

Throwing Ridder to the wolves too early could be detrimental to the young signal-caller’s progression. 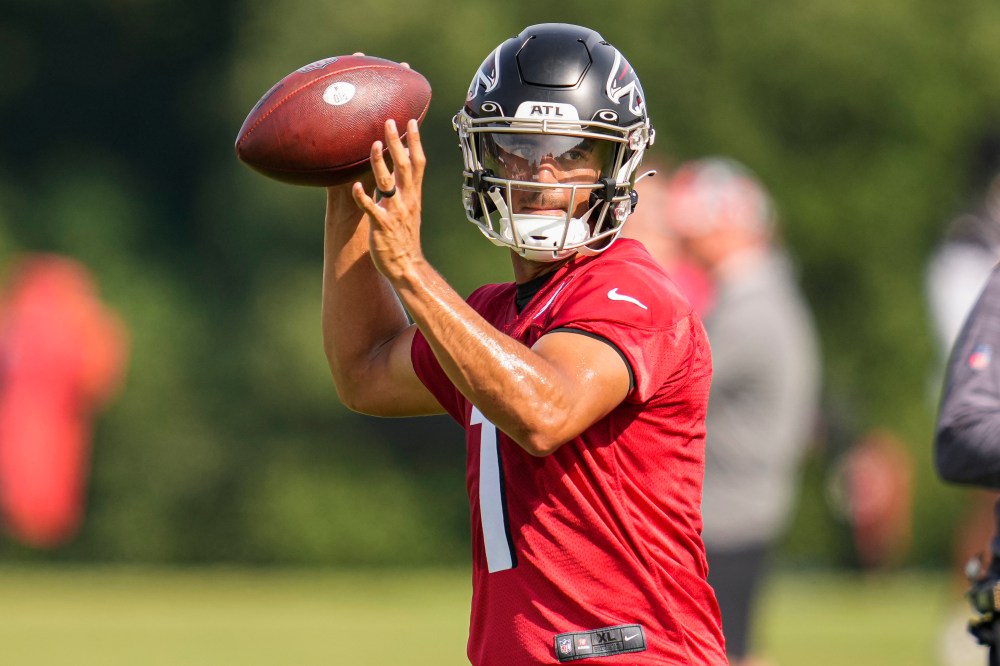