Back in 2020, the Atlanta Falcons had a three-headed monster at the wide receiver position with Julio Jones, Calvin Ridley and Russell Gage.

Since then, Jones was traded to Tennessee, Ridley was handed down a one-year suspension by the NFL for gambling, and Gage signed with Tampa Bay back in March. This left Falcons general manager Terry Fontenot with no choice but to completely revamp the position over the offseason.

Originally selected in the third round of the 2021 draft by the Las Vegas Raiders, Edwards finished his second season with 45 catches for 764 receiving yards and four touchdowns. The 23-year-old is the favorite to start opposite London on the outside.

Raiders tight end Darren Waller, had some nice things to say about his former teammate during an interview with Heavy.com:

“Contested catchability is elite, and I feel like he can only continue to grow as a player as he gets more and more opportunities – you see it in the games where he got opportunities. A change of scenery – it can be one of the best things that can ever happen to you. It’s not necessarily about what happens along the journey, it’s more so about your response to what happens. And I feel like he’s somebody that is mentally and physically capable of responding in a big way, and I’m excited to follow his career and see how it unfolds because I think great things are in store for him.”

The fact that the Raiders traded Edwards was less about his talent level and more about the team’s logjam at the wide receiver position. Las Vegas traded for former All-Pro Packers WR Davante Adams and Edwards would have had a significantly smaller role this season.

Edwards, London and second-year tight end Kyle Pitts give the team three primary pass-catchers who are at least 6-foot-3.

What is the Relative Athletic Score of each Falcons draft pick?

Arthur Smith: ‘Any good team knows how to rebuild every year’ 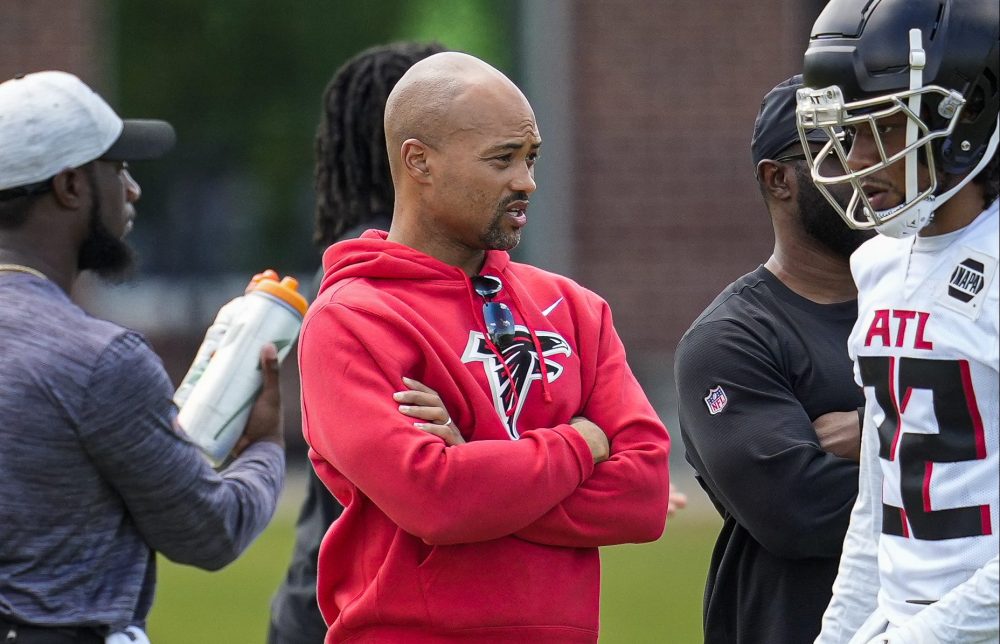