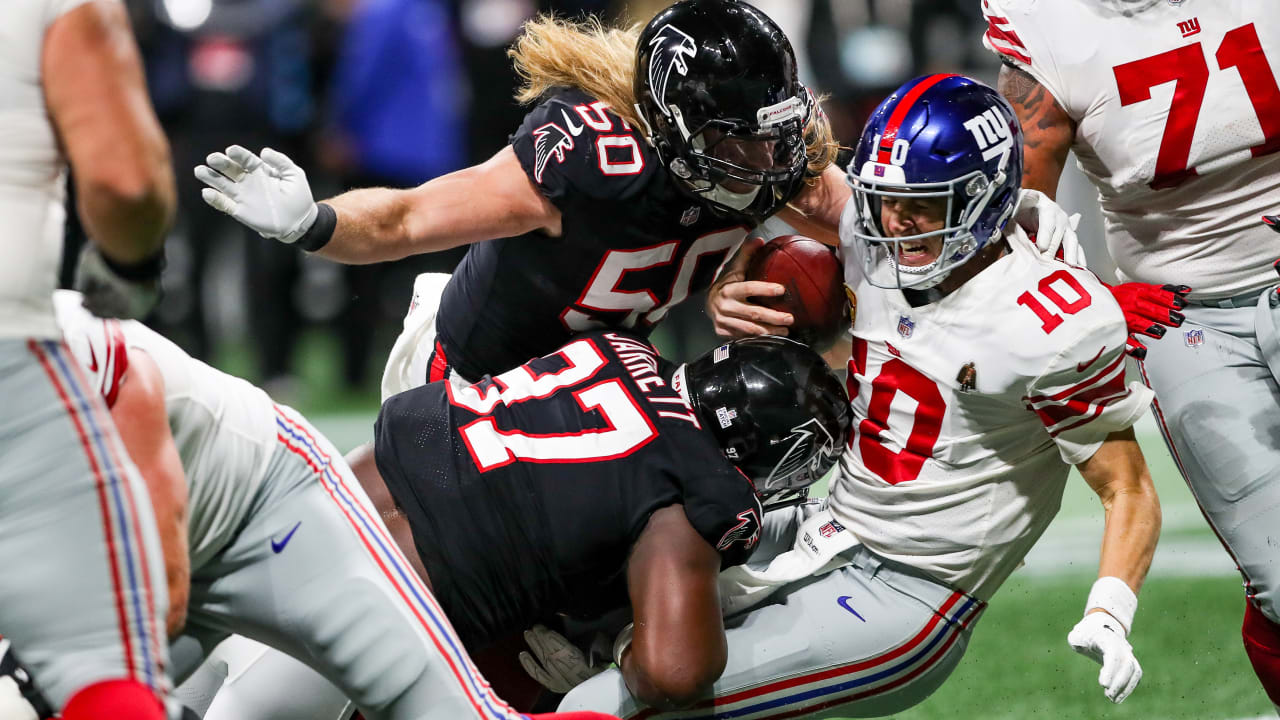 Against a struggling Cardinals offense, the Falcons’ defense absolutely teed off. Atlanta sacked Arizona’s quarterbacks a combined seven times, generating a level of pass rush rarely seen. Outside of the Falcons’ 2017 win against the Dallas Cowboys in which Adrian Clayborn accounted for six of the team’s eight sacks, Atlanta had not recorded at least seven sacks since a 2005 game against the Minnesota Vikings when it had nine sacks. On top of that, the Falcons allowed a season-best 23 percent on third down and held the Cardinals to just 253 yards while also forcing three turnovers, including a 41-yard pick-six by Deion Jones. Grady Jarrett was also a standout player in this game, finishing with seven tackles, two sacks and a forced fumble.